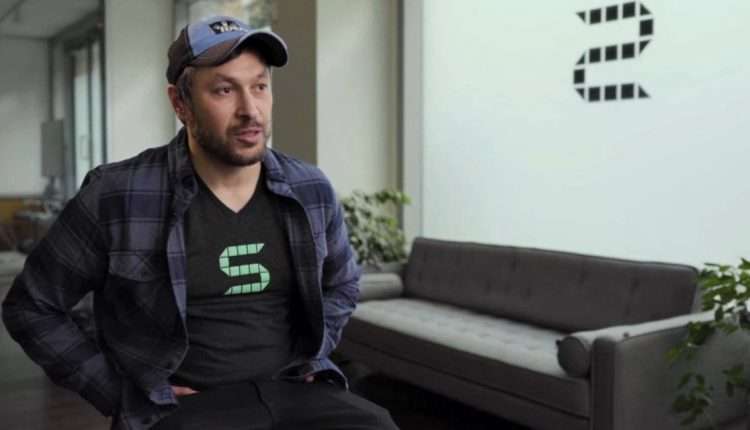 Anatoly Yakovenko, (1) the co-founder of Solana Labs, took the stage last night at Disrupt, TechCrunch’s annual global startup conference, and dropped hints (2) that the upcoming Saga smartphone from Solana Labs will provide a novel alternative to the conventional business models that are utilized by companies such as Google and Apple.

He called the Saga an “affordable enough to test” experiment and then referred to it as “one of the moonshots.” “This is one of the moonshots,” he remarked. He said this might pose a problem for the leasing methods currently used by Google and Apple’s app stores, which can each take up to thirty percent of a developer’s earnings. He said this was a possibility.

‘They’re constructed around a rent-seeking paradigm, where all of the content is owned by the creator, and you as a user rent it,’ he added. “They’re built around a rent-seeking model.” Everyone knows that you do not genuinely own a video you purchase from Amazon, so there’s no point in pretending otherwise.

The Debut of Solana in an Expanding Market

Back in June, Solana announced that it would be releasing Saga alongside the Solana Mobile Stack (SMS) software kit. SMS is a toolkit that provides developers with a resource for creating native Android mobile apps, wallets, and games. SMS also includes a decentralized app store.

The Lord of the Rings NFTs are Now Available

Bitcoin leaving Coinbase and Other Exchanges…

The handset itself comes equipped with a processor made by Qualcomm Snapdragon 8+ Gen 1, an OLED display measuring 6.67 inches, 12 gigabytes of random access memory, and 512 gigabytes of built-in storage space. In the first quarter of 2019, the price of the device at retail will be roughly $1,000.

Even while other companies, including HTC and Samsung, have already released smartphones with cryptocurrency features, such built-in hardware wallets, Solana’s goal is to take things one step further.

One of the primary selling points of the Saga device is its complete integration with the Solana Mobile Stack. This integration will allow for easier access to crypto wallets, the use of Solana Pay without any interruptions, and access to applications built on Solana, such as games, DeFi apps, and NFT markets.

The Solana Mobile Stack is not unique to the Saga phone, but in order for other Android phone manufacturers, such as Google and Samsung, to get in on the action, they will need to adopt and modify the software in order to enable its full function on their own devices, according to Yakovenko. The Solana Mobile Stack is not exclusive to the Saga phone.

The scalability solution for Ethereum Back in July, Polygon also announced the development of its very own crypto-integrated smartphone in partnership with the phone manufacturer Nothing.

How Will Japan Curb Crypto Money Laundering? Here is the Answer