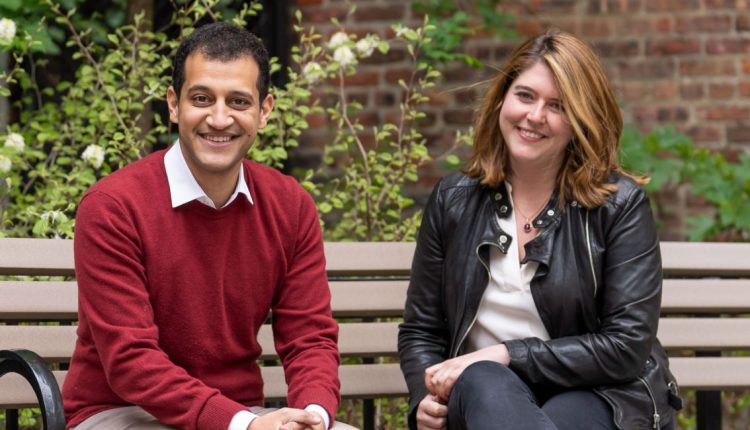 The parent company of the cryptocurrency investing firm 21Shares, 21.co, recently completed a funding round in which it raised $25 million. The funding round was led by the hedge fund Marshall Wace, which is based in London.

Collab+Currency, Quiet Ventures, ETFS Capital, and Valor Equity Partners are among of the other investors who participated in this round. Following the completion of the funding round, the company’s valuation increased to $2 billion, and 21.co is now able to make the claim that it is “Switzerland’s largest crypto unicorn.”

Along with the announcement of its fundraising, 21Shares made the announcement today of the formation of its new parent company, 21.co. In addition to this function, 21.co will take on the role of the parent business of the token supplier Amun.

Ophelia Snyder and Hany Rashwan are responsible for the establishment of 21.co in 2018, which has its headquarters in Zurich. According to a press release, the company had as much as $3 billion in assets under management in November 2021, which was the month when Bitcoin reached its all-time high of around $69,000.

According to the statement, the business also finished 2021 with “a nine-figure revenue run rate,” but the company has chosen not to divulge the specific numbers. The business also mentioned that it “has witnessed steady inflows, even during lower markets,” reporting $650 million in net new properties in the year time since September 2021 and that it increased its headcount by 75% during this time period.

According to 21.co’s Chief Executive Officer Hany Rashwan, “with this round of investment, we will continue to drive quick, targeted growth through first-of-their-kind innovations, significant market expansions, and smart talent acquisitions.”

This involves the development of new goods, such as the expansion of the features offered by 21.co’s Crypto Winter Suite and entry into new regions, such as the Middle East.

The Crypto Winter Suite is a collection of goods initially introduced by 21Shares in June of this year. These products are geared toward assisting investors in surviving the bad market.

Rashwan stated that his company will “continue to launch items that are suitable for today’s market conditions” and that they would “strive to be first to market with more new and unique products.”

The CEO of the company stated that 21.co recently hired several executives “with over four decades of financial experience,” a move that is expected to help the company “gain even more traction in our European core markets.” This announcement was made about the firm’s push into new markets.

Cathie Wood is the newest member of the 21.co board

In addition to this news, 21.co disclosed that Cathie Wood, the creator, and CEO of ARK Invest, has joined the company’s board of directors. Wood had previously put his own money in 21Shares and became a member of the Amun board of directors just a year ago.

Since the beginning of the company in 2018, Cathe has served on the board and been a close friend to several of its employees. “21.co gives objective views on trends in the business as an educational resource, but also to assist us in making better decisions for our clients,” Rashwan told us when our connection was first beginning.

Wood is “an important element of our board since she and the board members (two-thirds women) reflect the diversity of our firm,” as stated by the CEO of 21.co. “diversity is a vital tenant in our ideals,” Wood is quoted as saying.

Previously, Ark Invest collaborated with 21Shares on an application to launch a spot Bitcoin exchange-traded fund (ETF) in the United States. The SEC turned down the initial application, and the commission put off making a decision on the resubmitted paperwork until July.

The answer was supposed to be provided by the regulator by the 30th of August; however, according to an order released on the 29th, it is still soliciting comments from the market on whether or not to approve the ARK 21Shares Bitcoin ETF.

HIVE blockchain Looking to Ethereum Alternatives to Mine Next